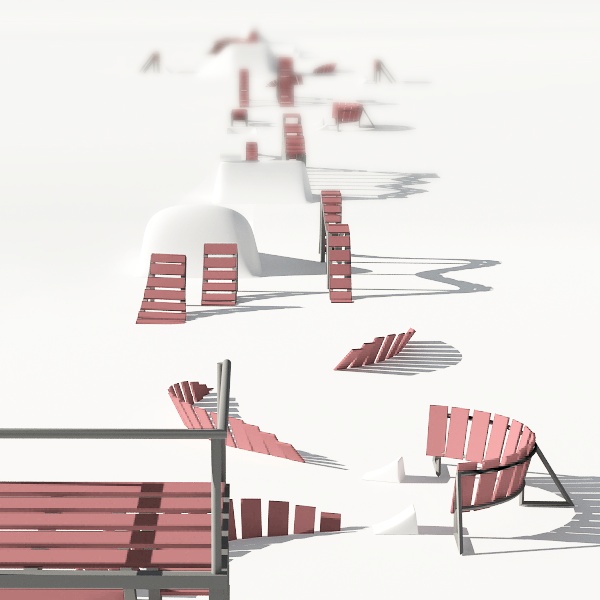 People whose passion are extreme sports have a high degree of risk, i.e. they search for variety, and knowingly expose themselves to danger in order to avoid boredom. Such people can be unpredictable criminals and drug addicts. But at the same time, they can find themselves comfortable being mountaineers, policemen or professional athletes. According to Zuckerman, “the only thing constant in the life of high sensation seekers is change. They change activities, sexual and marital partners, and drugs, just as they switch from one channel to another if compelled to watch television for any length of time.”

Perception of risk can be defined as one of the conditions of adaptation to the environment. A prerequisite for dealing successfully with risk is its perception, consisting in estimation of possible injury, as regards the likelihood of injury. The perception of risk is an individual process of predicting a threat.

Uncertainty about the future events is an indispensable element of risk-taking. A person cannot be sure whether he will manage to achieve any significant value or avoid losing his values. The greater the importance of a possible loss or gain, the more important it is for existence. When taking a risk involves the possibility of losing health or life, we talk about existential risk. However, taking an existential risk can give you the opportunity to take a new positive view of your life.

Often, people who undertake such dangers say that it changed their attitude towards death, which is no longer incomprehensible and scary to them. And it begins to be treated as another human experience.

Taking a risk may reveal new, unknown personality traits that normally we wouldn’t have a chance to reveal. Some reveal the strength they never suspected to exist, others, while maintaining a good opinion of one’s skills, in the moment of truth, discover that it was only an illusion. Reality exposes their littleness or lack of courage. Awareness of the risks may lead to a complete redefining of a man’s life. Things that used to be important and relevant no longer matter. New values appear, belief about reality change. Life plans change, the distance to things that involved you emotionally increases.

Risk is a complex and multidimensional phenomenon, it can become a significant threat to the man’s cognitive and motivational functioning, as well as a challenge that can lead to self-fulfilment!

The hope to get something that will give you a sense of fulfilment and meaning plays an important role in the decision to get involved in a risky venture. It is also an expression of human curiosity. Searching for new and unexplored paths, a willingness to deliver an adventure that changes the way we think and act. Willingness to open up to what is new sets new paths. It lifts human existence to a higher level, gives a feeling of satisfaction.

In his book “Last Breath: The Limits of Adventure”, P.Stark writes “In a difficult or risky situation in the wilderness, the total reliance on oneself and trust in one’s teammates and the need for total focus – whether climbing a rock face, skiing a steep chute, or paddling a whitewater canyon – brings a crystalline awareness of the world around one and at the same time a kind of obliteration of the separateness of the self. One hears it again and again: that at moments like this the participant feels acutely alive. There are risks, of course – risks of all sizes – and sometimes the participant pays the ultimate price for them.”

There is a particularly strong link between the search for risk in extreme sports and the need for the search for meaning in life. People who tend to seek physical risk have a need to experience adventure in their own lives. They feel the need for a life’s passion and variability of goals. Interestingly, people who are prone to take risk related to drug-taking do not pay attention to search for their own identity. However, they want to experience adventures in their own lives.

The tendency to take physical risks is also linked to the sense of meaning of one’s life, as well as to a personal value system.

Based on the research obtained in the SONG Test, we can conclude that the tendency to take risk in extreme sports is primarily associated with a sense of life responsibility, the experience of the meaning of one’s existence, excitement in life and, to a lesser extent, the ability to find important life goals and a low fear of death. However, no similar correlations have been observed between the propensity to take risk related to drug-taking and various aspects of the sense of meaning of one’s life.