What’s in my heart 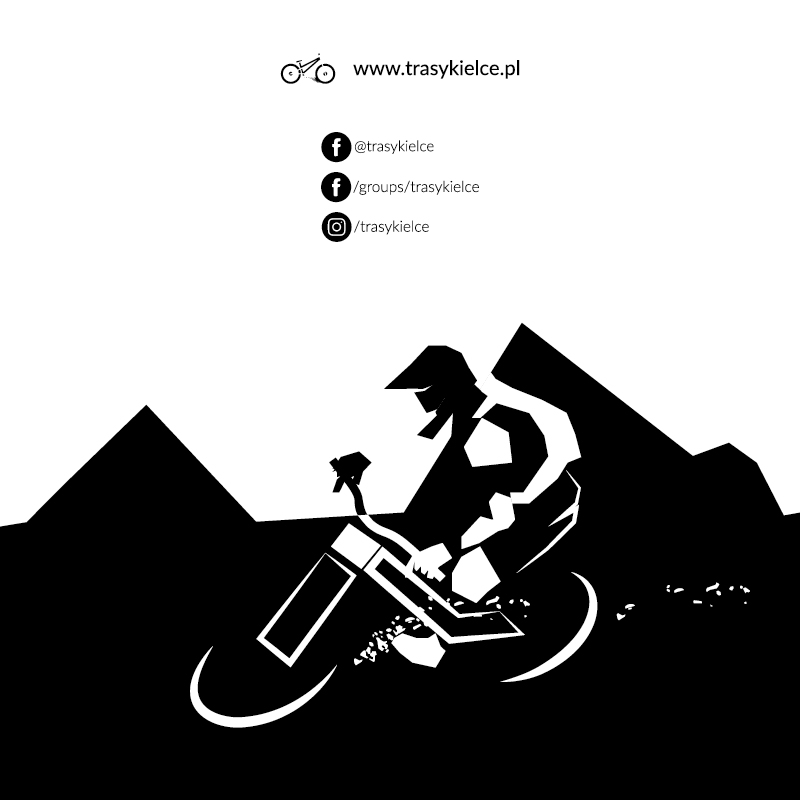 When all measures and pursuits fail, it is time to pause.

Time itself arranges things right. The senses become more acute, and the perception of a given subject becomes clear. You naturally start to hear a melody inside you, not because of schizophrenia.

I get the feeling that I will either take action at this point and move like a locomotive or sink into the kitchen eating frankfurters and spending the rest of my time until the water evaporates from me, whistling at the ceiling unproductively.

My intention was to legalize bicycle routes in the Kielce area at the foot of the Świętokrzyskie Mountains. With no plan. No budget, no team, no preparation. But with the wealth of experience and melody inside.

Since 2005 I have been making efforts to build routes in Kielce. In 2007, I defended my master’s thesis, which was about the modules that can be used to build routes or enrich ground routes. I presented the idea to authorities, state administrative entities, associations and owners of slopes. No echo. In 2012 I sent the Modular Route to Singapore to take part in the most important design competition in the world. 3672 projects from 56 countries fought for this award.

The jury considered the Modular Track to be extremely innovative and awarded me the RedDot Design Award. As if that weren’t enough, I was the first in Poland in the concept category. I was as happy as a butterfly on a spring morning.

I devoted a lot of energy to searching for funding to create the prototype. Finally, the time came that I made it on my own and that was the best decision I could make.

In September 2020, backed with years of experience, I took responsibility for the implementation of the first legal single-track route in Kielce. Having asked and sought no one.

I started as a citizen, at grass-roots level. Each day, I carried out a number of tasks that I imposed on myself the previous evening. Day after day, I acted to revive the spirit of solidarity with local cyclists, entrepreneurs and residents, but not ending up with Kielce.

Despite restrictions from the government, in total, we collected 3141 votes in the participatory budgeting, which puts us in second place right after a big project and we kept a distance of 418 votes to it. Not everything has a cash equivalent. And those votes prove that the people make a good team and we need investments in cycling routes very much from the point of view of health, spending free time, devoting ourselves to passion, therapeutic properties of a bicycle, activating local enterprises and finally attracting tourists and capital to Kielce.

We have 120 000 PLN at our disposal, which is a sum just right to realize this first milestone, which is the first legal bicycle route in Kielce.

The second important issue is to spend the money adequately to the situation. The City Hall has money at its disposal but it is not the money of the office, but ours – the citizens’ money. So, if we splurged, spending some unreasonable amount of money, it would be actually spent out of our pocket. That is why I was guided by economic reasons. The investment has to make sense and be justified. At the same time, I’m working on the ecosystem around the routes. And the favourable atmosphere surrounds Kielce and its inhabitants. I thank everyone for their commitment.